Can a lawyer promise me I will win my case?
If a lawyer guarantees you a specific result, be wary.

Can I speak directly with a lawyer about my case?
If a lawyer doesn’t speak to you at all, or speaks to you without respect, find a new lawyer.

How do I begin divorce proceedings?
To begin a divorce, your attorney will file a Summons and Petition for Divorce with the court. Your spouse must be served with this Summons and Petition for Divorce. There are two ways you can serve papers on your spouse: (1) Your spouse can sign an Acceptance of Service; or (2) a process server or police department/sheriff’s department can serve the papers.

What do I do if I am served with divorce papers?
You or your attorney must file a written Answer and Counterclaim within 21 days from the date you are served with the Summons and Petition for Divorce. If you do not file a written response, the court could enter a default judgment against you.  If you want the divorce as well, you should also file a Counterclaim for Divorce. This means that if your spouse changes his/her mind in the future and asks the court to dismiss the divorce, the court could deny that request and grant you a judgment of divorce instead on your counterclaim.

What if I don’t want a divorce?
Idaho is a “no fault” state. The only grounds needed for a divorce in Idaho is “irreconcilable differences” or an inability to repair the marriage.  It takes two willing people to have a marriage.  Therefore, the court will most likely grant a judgment of divorce even if only one spouse wants the divorce as long as that spouse testifies that he or she believes the marriage is irretrievably broken and cannot be repaired.

What if my spouse leaves me for someone else or is living with someone else?
Since Idaho is a “no-fault” state, one spouse’s infidelity is irrelevant for most issues. The court does not consider this fact in dividing property, awarding maintenance, setting support, or other financial matters. However, a spouse’s infidelity can have an impact on child custody if the new boyfriend/girlfriend has a negative or harmful impact on the minor children.

Separate property is property acquired before marriage or acquired after marriage by gift, inheritance, etc. In Idaho, property that is considered “separate” is generally not divided.  Only the community property gets divided. For instance, if one party owned a house before the marriage, that house would remain the property of that person after the divorce is settled. However, there are also rules that might give the other spouse a claim of reimbursement if certain criteria are met. Other separate property items may include such things as stocks, businesses, inheritance and gifts. Whether each item of the marriage is characterized as community or separate is one of the keys to the final outcome of the division of property.

Many times, determining how an article of property will be categorized can be difficult.  A method called “Tracing” is often used to make these determinations. Tracing develops relevant evidence for the tracking of an individual’s separate property through its entanglement with community property. Often when tracing is used, expert witnesses are needed to testify to the evidence or give appropriate appraisals of the property’s value.

Can my spouse and I settle our differences out of court and just get a judge to approve the settlement?
There are several different avenues for resolving marital dissolutions out of court-such as mediation and collaborative law. These tools can greatly improve the financial and emotional factors of a divorce. However, your decision must be carefully thought through. After the divorce is over, it is often too late to change your mind. It is imperative that you consult with a qualified, Family Lawyer before agreeing to anything. If there are children involved, you want to make sure that their best interests are taken into account. Ultimately, most cases are resolved without a final trial.

What is the difference between legal and physical child custody?
Legal custody is decision-making power.  It is the right and responsibility to make major decisions concerning the child.  Such decisions include, but are not limited to, consent to marry, consent to enter military service, consent to obtain a driver’s license, authorization for health care and choice of school and religion.

Decisions regarding legal and physical custody of children can be very complicated and even contentious, due to the emotional involvement of the parties.  When parents cannot agree on custody, the court may appoint a guardian ad litem to represent the best interests of the child.

If my spouse and I can’t reach an agreement about custody of our children, what will a judge decide?
The “best interest of the child” is the standard courts use to determine custody issues.  Courts believe that in most cases, children benefit from the active involvement of both parents in their lives.  In the event that both parents cannot agree on a plan for child custody, the court will make the final decision.

Child support is just that – support for the child’s well-being.  It is not intended to fund the lifestyle of the custodial parent.  A child support order may be modified, based on a parent’s “material” or significant change in circumstances, such as a loss or gain in income or custody.

What is contempt?
Contempt is a remedy that is often used to compel the parent who has been ordered to pay child support and failed to do so, to appear in court to offer a legal excuse for failing to pay the support as previously ordered.  Contempt is also used when a parent violates an existing order by denying access to children, violating the other parent’s rights in certain items of property or by physical or verbal attacks that have been prohibited by the court.  The Court has the power to punish the party violating the court’s order by placing them in jail, fining them, or both.

What do paternity cases involve?
When contemplating issues about child custody, visitation, and support, another factor may apply: Who is the father of the child?  It doesn’t always matter that the father is named on the child’s birth certificate. If the parties were not married when the child was conceived or born, then the man will not have custody rights and will not be obligated to pay any support until he is found by a court to be the father (or until paternity DNA tests have found him to be the father).

Once a man is found to be the father he may:

Therefore, it is important to have experienced family law attorneys who can explain all the aspects of paternity and the consequences that follow.

My ex-spouse moved to another state. What laws apply to interstate cases?

Let’s Discuss the Results You Want to Achieve

If you are considering a divorce, have questions regarding debt and asset division, or need to modify an existing child custody and support order, contact the family law attorneys at FULCHER KOONTZ LAW. Call us at (208) 888-9980 or send us an e-mail to schedule an initial consultation about your case. 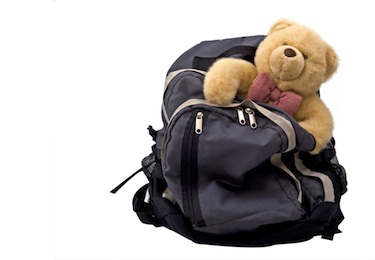 Life Happens. We Can Help.

The general information on this page is not intended to be specific legal advice for your individual case.
All legal cases require special analysis and unique legal strategies.
Call our office (208) 888-9980 or email us at firm@fulcherkoontz.com to discuss the details of your case.